Deserts are probably the hardest start in Town Star. If you’re looking for an hard start, this is the Biome for you. Although, it’s even easer if you find a spot near a watering source. The majority of this biome is covered in cactus, which means you might frequently find yourself running low on water.

It does however come with an oil seep. This although gives you an edge over others when it comes to obtaining industrial goods sooner aka producing gas faster. Deserts are considered a hard start because it offers you a variety of options for late game money. Late game money in deserts comes from being able expand rapidly and also great for Wine Production. Deserts also allow you to sell your Oil Seep for $25,000 and that’s an easy quick cash to start gas production early on.

The biggest downside of deserts is that they are not always easy for beginners, in fact, the majority of this biome is covered in cactus and other types of terrain which means you might frequently find yourself running out water for crops early on. This although gives you an edge over others when it comes to obtaining industrial goods sooner and for other Tier 4 and 5 products. 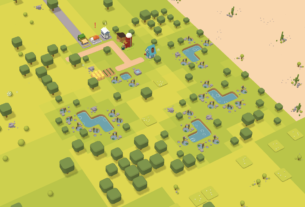